As my Colorado Trail (CT) hike’s start date nears, I find myself staring in the rear view mirror at how profoundly life-changing my 2018 Appalachian Trail (AT) hike has been. Whenever I think of my journey, Lord Huron’s song “Meet Me in the Woods” comes to mind. Specifically, the line where Ben Schneider sings, “I took a little trip into the unknown. And I came back changed, I feel it in my bones. That line resonates so much with me. Not only did the trip change my life from a practical standpoint, but he also helped me grow as a person in so many ways I went through some bullshit before, during, and after, not to mention I had the best time of my life. life to walk this fucking path, and I’ll be changed forever.

Anyone who knows me can tell you that TA had a profound impact on me. I quit my dream job to do it, and left my friends and my town of three-quarters of a decade behind with no intention of returning. It was the voluntary end of one phase of life and the beginning of another. I was so sick of Washington, DC at the time. I was fed up with the frantic rush, the long hours at my desk, the disappointments and frustrations that none of my dating prospects ever work, being stuck underground for an hour at a time due to the construction of the metro, having to live with roommates because the city was so expensive, constant obligations, alcohol abuse…. DC will always hold a special place in my heart for so many reasons, just like so many people I met there, but I was already ready to move on when I left for the TA. 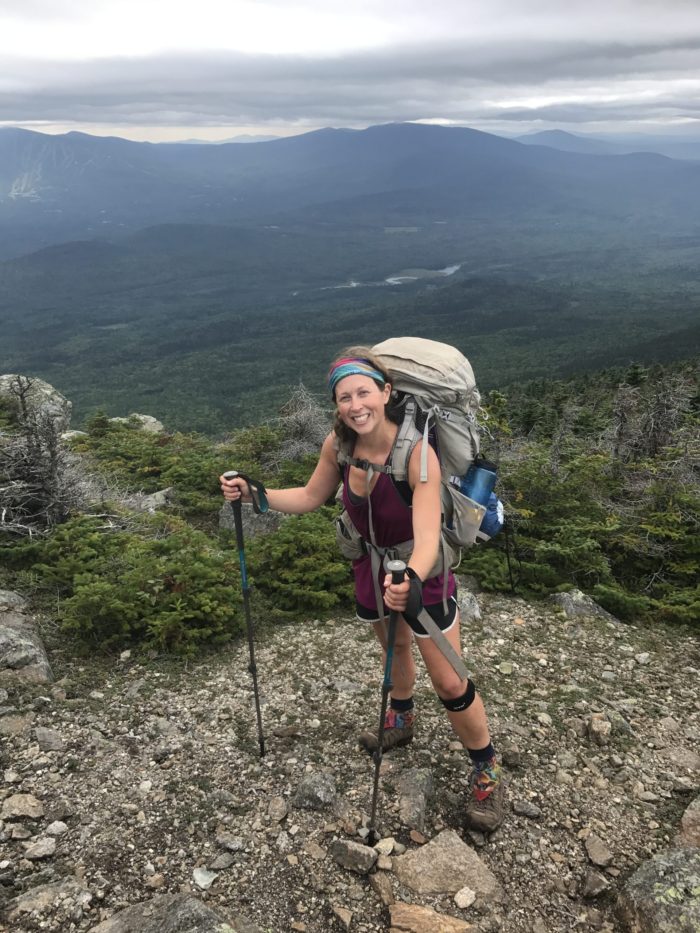 Can you guess what state of the Appalachian Trail this photo is in?

And the track was… magical. I have used this word so many times to describe my hike on the Appalachian Trail. Four years later, I still can’t think of a better one. I went there with so many fears and anxieties about what I was doing. I was terrified of quitting my job, giving up my apartment, and leaving my life behind only to find out I didn’t like it or couldn’t hack it. I was afraid of being alone, or mentally weak, or physically weak. I feared that my decision to throw my life away at DC for a grand adventure was, for lack of a better word, insane. But I couldn’t have been more wrong. I loved every second. Through freezing rain, sweltering heat and swarms of mosquitoes, through my musty-smelling clothes and my hair getting tied in impossible knots, through a broken heart, aching joints and swollen feet… I never felt as alive, strong and full of joy in all my life. At all times on the track, I knew I was exactly where I needed to be. I can’t describe what an amazing gift this is, especially for a fire sign like me. I had never been so sure of anything, before or since, in all my life. The risk paid off. 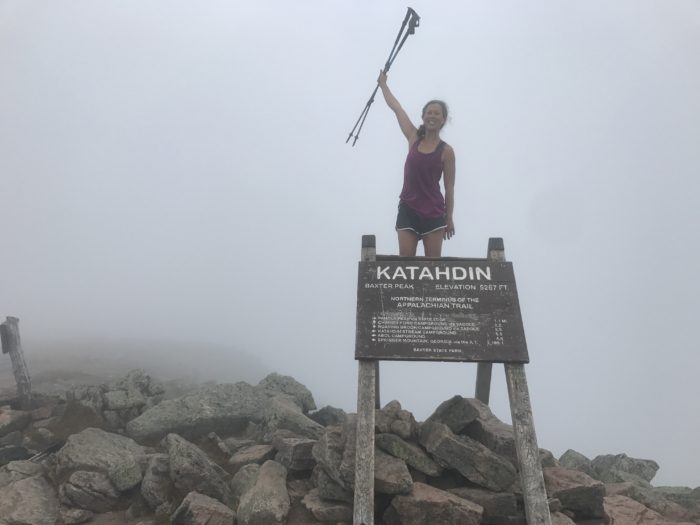 But then I reached Katahdin. And post-trail depression set in Deep. And stayed in place for months. I went from the highest of highs to the lowest of lows in a matter of weeks. Meanwhile, I was living with my parents in my 30s, strapped for money, and applying and interviewing for jobs (which is depressing even at the best of times). Once I landed said job, I crossed the country solo in a state I had never lived in, where I barely knew a soul. I signed a one year lease and found out very shortly after that I had signed on to work for an abuser. She left after a year, thank God, but my time working with her was traumatic. Then the pandemic set in. I’m so blessed to have lived in Colorado when she started; if I had still been in DC, I have no idea what I would have done with my time. Crawl the walls, most likely. Here in Colorado I was able to hike, ski, paddleboard, backpack, rock climb…. I’m well aware of how lucky I was and I’m sure the pandemic has been a lot easier on me than on a lot of people. But even for the luckiest of us, the pandemic has been very taxing mentally and emotionally. Combine that with all the difficulties I mentioned above, and I feel like it affected my decision-making and my willingness (or unwillingness) to take risks when it comes to both the life and adventure. 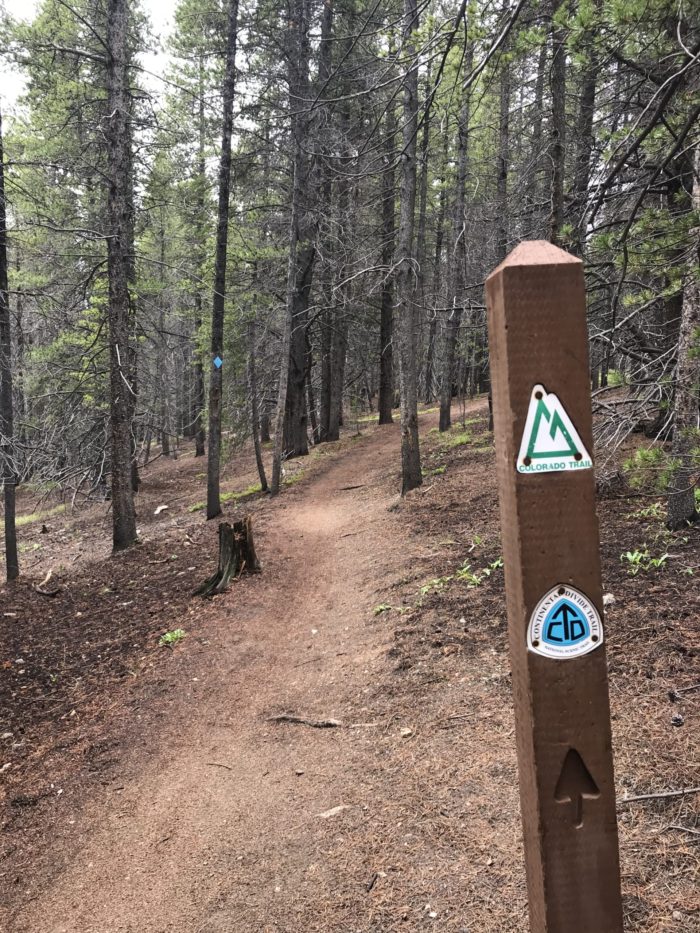 Let the next adventure begin.

I originally planned to hike the Pacific Crest Trail (PCT) in 2022. I’ve been dreaming about it since before I even finished the AT, and I’ve been especially focused, trying to pay off my debts and save as much money as possible in anticipation of doing so. But even though my AT ride went so well, I was terrified of rocking the boat and turning my life upside down again after the struggles of the past three and a half years. Also I really I love the life I built in Colorado during that time. Maybe that makes me a coward. This may mean that I learned nothing from my first go-around, when I discovered how coloredl the world can be when you take risks (not that the TA was my first risk, but it was perhaps my biggest and brightest). “Fortune smiles on the daring”, as they say. Maybe I’m just responsible. I have a great job, and you can’t open a news site without immediately seeing the word “recession” come back to you in big, bold letters. Or, maybe I’m just comfortable living my life here. Either way, I haven’t felt very keen on leaving stability behind and shaking things up in a big way this year. At least not yet. There has simply been too much uncertainty in the world. (And in a practical sense, I’d like to save a little more money).

Instead, I found a happy medium. I can keep my job (which I’ve grown to really love, by the way, after the aforementioned unfortunate circumstances), my apartment, and my stable life, but I’m able to continue on a smaller but still pretty epic adventure. Starting in August, I’ll attempt to hike the 500-mile Colorado Trail, which crosses the state of Colorado from the Denver area south to Durango, near the New Mexico border. I’m lucky to work for a manager and organization that supports my desire to take a month off to play in the mountains (seriously, kudos to Seamus and Mark and everyone else in my organization for supporting my dreams and my ambitions outside of the office!), so that’s exactly what I’m going to do. The PCT, on the other hand, will be there when I’m ready.

As a bonus, I recruited two of my AT friends, Ibex and Dori! (that’s how he likes to spell his name, with an exclamation point!) to accompany me. We will have four and a half weeks to cover 491 miles through the Rocky Mountains. It’s going to be incredibly challenging – we’re not ultralight brothers who like to put in big miles, and we’re going to have to average about 16 miles a day right off the bat – but hopefully also incredibly rewarding. I’m delighted to know my (amazing) condition even better after living here for about 3.5 years, and of course delighted to share the experience with tramily. I have confidence that we can do it, that we will like it, and also that we will probably be very, very tired at the end of the trek. (I hope I’m right in doing so, since we’ve purchased non-refundable plane tickets from Durango to Denver before!).

If you want to follow our journey, you can find me on Instagram, TikTok and YouTube. And I will of course post updates here on Hiking as well. Wish us luck, our start date will be here before we know it!

This website contains affiliate links, which means The Trek may receive a percentage of any product or service you purchase using the links in articles or advertisements. The buyer pays the same price as they would otherwise, and your purchase helps support The Trek’s ongoing goal of providing you with quality hiking advice and information. Thanks for your help!

To learn more, please visit the About This Site page.

The Banana Pancake Trail is a popular hiking route through Southeast Asia, perfect for first-time travelers. It’s a well traveled path with plenty of other backpackers to meet along the way, plenty of affordable accommodation options and exciting experiences in multiple countries. It is a must for all avid travelers at least once in their […]